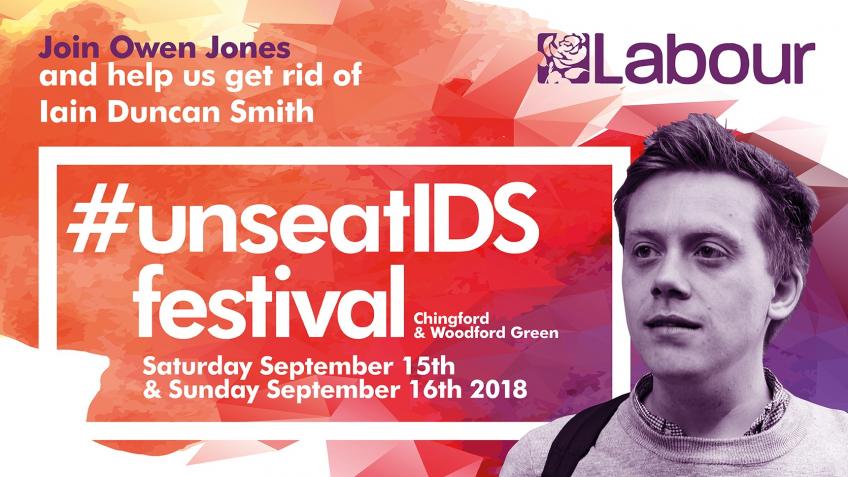 A two-day festival of campaigning, music, comedy and speeches – to #Unseat Iain Duncan Smith whenever an election is called.

IDS is the architect of some of the Tories’ cruellest policies. And we have him on the run. Leaked messages show that IDS is terrified that we will #Unseat him after our last campaign day >> buzzfeed.com/alexspence/these-leaked-whatsapp-chats-show-iain-duncan-smiths-pleas

In 2015, IDS had a majority of over 8,300. It’s now less than 2,500. With a big push, Iain Duncan Smith will lose his seat. Chingford and Woodford Green: LABOUR GAIN – imagine those words flashing up on your TV screen. And it will be down to you.

We’re going to do something exciting: a two day #Unseat festival. As well as knocking on doors to win people over, we’re going to have music, comedy and speeches.

IDS is rattled, he’s scared, because we have him on the run – and he knows we can #Unseat him when an election is called. Spread the word!